Deprecated: The each() function is deprecated. This message will be suppressed on further calls in /var/www/wp-content/plugins/js_composer/include/classes/core/class-vc-mapper.php on line 111
 Staff - Center for Community Advocacy 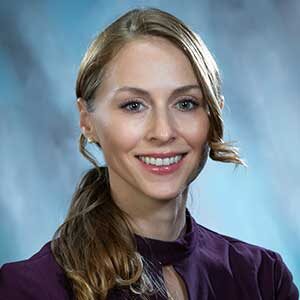 Executive Director
A lifelong Salinas Valley and Central Coast resident, Natalie Herendeen has been a licensed attorney since 2014 and worked with CCA on a case in 2016 when she was a staff attorney with Legal Services for Seniors.

Herendeen was born in Salinas, grew up in Prunedale and graduated from North Count High School in Castroville. In addition to her work at Legal Services for Seniors, Herendeen opened her own practice, Herendeen Legal, in 2016, and has volunteered as an attorney coach for Everett Alvarez High School Mock Trial team and as a judge in Lyceum Mock Trial competitions since 2017 and also, volunteered for Peace of Mind Dog Rescue, Helping Paws program, in 2017.

Herendeen got her bachelor’s degree in Global Studies from UC Santa Barbara in 2006, graduating with honors, Phi Beta Kappa; and got her Juris Doctor degree from Santa Clara University School of Law in May 2014, and became a licensed attorney in December 2014.

In her leisure time, she likes to hike, garden, play with her two dogs and spend time with her family. 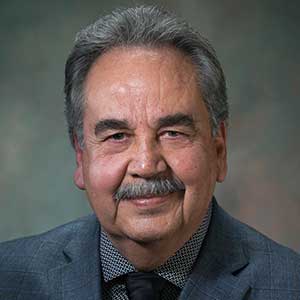 Deputy Director
Sabino has been with CCA since the organization opened its doors in 1990. He has held a variety of roles including Organizer, Deputy Director/Leader Organizer, and from 2017-2018, Interim Executive Director.

Most notably, Sabino led the development of CCA’s award-winning organizing model and for nearly three decades has served as a steward of the organization’s mission to develop and empower the farmworker community in the Salinas and Pajaro Valleys.

Born and raised in Ameca, State of Jalisco, Mexico, at the age of seventeen Sabino came to the Salinas Valley to work with his father in the fields for D’Arrigo Bros. Co., Merrill Farms, Fresh Pick Co., and Sun Harvest Co. While at Sun Harvest, he served as a steward of the crew then was elected as President of the Ranch Comite by the steady workers. In 1971 Sabino was elected as California and Arizona Vice President and field representative to approximately 2,000 workers on behalf of the United Farm Workers of America.

Sabino has been married for 46 years, with six daughters, eleven grandchildren and one great grandson. 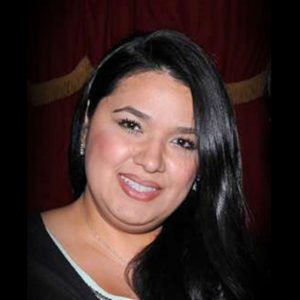 Originally a volunteer for a farm worker committee, Laura Antuna-Magana has been the officer manager at CCA for 10 years.

Laura has a passion for people and it shows. She has become the backbone of the office and is willing to help everyone.

Prior to CCA, she worked at Integrated Device Technology, then sold Cadillacs in Watsonville. She also worked as a landscaper.

Laura is on the main comité for Freedom Mobile Home Park, where 25 families have been on a rent strike for 13 years. CCA has helped the families and now she is on the committee to better her community. Laura is also actively involved with her city.

Married with two beautiful children, Laura said her work at CCA is the most fulfilling job she has ever had because of the outreach to the community.

In her off hours, Laura loves spending time with her family. 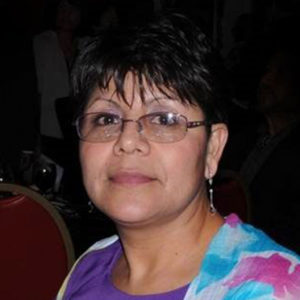 She started as a community volunteer and in 2009 became a part-time staffer at CCA and is now a full-time CCA employee.

Norma, who also studied nursing, is a CCA-trained neighborhood leader who served as a volunteer promotora comunitaria for her neighborhood, specializing in the Strong Families Program.

In her off hours she loves staying at home with her family. On vacation, she likes to go to Mexico to visit her family. 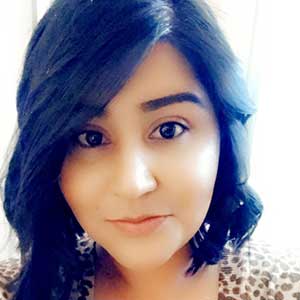 Special Projects Organizer
Cristina Hernandez grew up in Monterey County and attended college at Sacramento State University for a year before returning home to care for a family member. She then attended Heald College for a degree as a medical assistant and worked in that field for several years, including at Mee Memorial Hospital in King City. During that time, Christina was a member of her CCA-organized tenant committee at her housing site and was a committed CCA volunteer. She was hired by CCA in 2019 as a special projects organizer, and has worked in CCA’s census, housing, health, and youth programs. In addition to working at CCA, Cristina has been a full-time student at Hartnell College for the past two years and will graduate in May. She plans to transfer to a four-year university to study social work. Cristina is grateful that CCA has pushed her out of her comfort zone in terms of public speaking and community involvement. 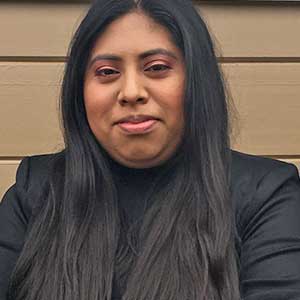 Youth Organizer
Azucena grew up in Salinas, the daughter of farmworkers. She describes her high school self as shy, quiet, and lacking confidence. In her junior year of high school, a friend invited her to a youth leadership meeting, where she became involved in a project at Acosta Plaza. While volunteering there, she met CCA’s lead organizer, who was developing CCA’s youth leadership program. Azucena became part of CCA’s program, where she began to build confidence by helping develop the leadership curriculum and working on voter participation projects. These activities helped her decide on a career path that involved working in and giving back to her community. She attended Hartnell College, where she earned an associate degree in political science and is a current CSUMB student pursuing a bachelor’s degree in political economy. Azucena was hired by CCA in 2019 as the Youth for Change Organizer. She is grateful to CCA for helping her find a way to give back to her community and says that without CCA, she would not be the person she is today. At CCA she feels listened to and knows she can make a difference. She is excited to continue building the youth program as a place for young people to develop their leadership skills. 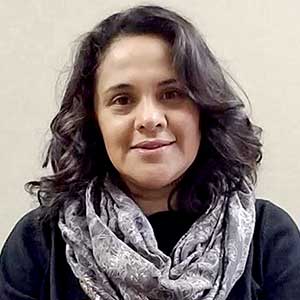 Promotora de Salud
Martha Ortega has worked as a CCA Promotora de Salud since June 2020. Prior to that she worked for eight years as a Health Promoter for Reiter Affiliated Companies, having completed the CCA Promotora de Salud training program in 2012. She earned her CHW (Community Health Worker) certificate from Cabrillo College in 2020 and is proud to set an example for her kids about the importance of education. Martha was born in Mexico and is happy to be settled in Salinas, where she has raised four children. Martha loves CCA’s commitment to providing people the tools they need to make changes in their own lives, and she enjoys being out in the community interacting with a wide variety of individuals.