Thank you for your very hard work

We celebrate your character and positive effect you have on others. 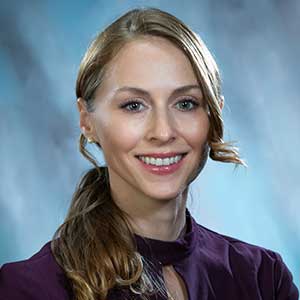 A lifelong Salinas Valley and Central Coast resident, Natalie Herendeen has been a licensed attorney since 2014 and worked with CCA on a case in 2016 when she was a staff attorney with Legal Services for Seniors.

Herendeen was born in Salinas, grew up in Prunedale, and graduated from North Count High School in Castroville. In addition to her work with Legal Services for Seniors, Herendeen opened her own practice, Herendeen Legal, in 2016, and has volunteered as a judge/juror in Lyceum Mock Trial since 2017 and volunteered for Peace of Mind Dog Rescue in 2017.

Herendeen got her bachelor’s degree in Global Studies from UC Santa Barbara in 2006, graduating with honors, Phi Beta Kappa; and got her Juris Doctor degree in 2014 from Santa Clara University School of Law in 2014.

In her leisure time, she likes to hike, garden, play with her two dogs and spend time with her family. 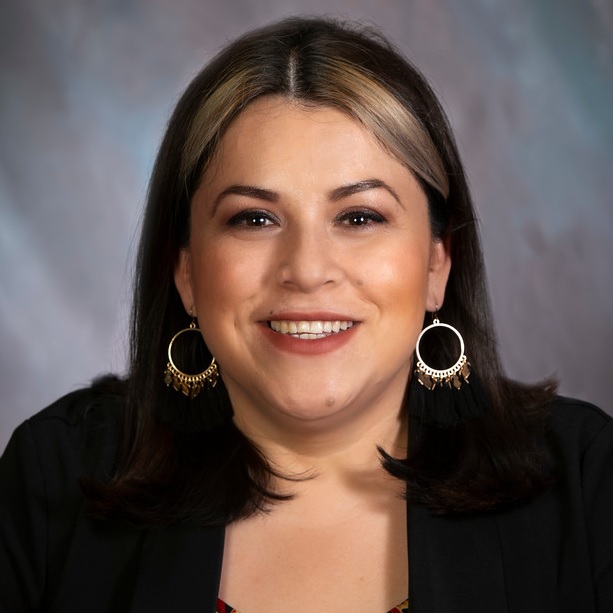 CCA Director of Organizing and Education

Adriana Melgoza came to CCA with extensive experience as a community organizer and advocate for social justice for immigrants, farmworkers and underserved communities on the Central Coast.

Prior to coming to the CCA, she spent 12 years with the Watsonville Law Center working with community leaders to provide volunteer service in legal aid and community organizing on the Central Coast. At the law center, where she was Chief Programs Officer, she managed legal clinics and recruited, trained, and supervised volunteers and pro-bono attorneys. She organized and provided community education around legal issues and staff training for community organizations serving immigrants on the Central Coast.

In doing so, she has worked with a number of community organizations, including as Central Coast Coordinator for the California Collaborative for Immigrant Justice, with the American Civil Liberties Union as a Field Fellow developing leaders in the community by providing training and public education and connecting the broader networks in her community, and in the past for Immigration Action Group as a community organizer bringing awareness, advocating, and organizing for immigrant justice.

One of the aspects that drew her to the position of Director of Organizing and Education at CCA, was it would enable her to interact directly with the immigrant and farmworker communities, in person.

“One of the things I like most about it is that I get to go out and be with the community, and see people, in the trenches, as it were, and be involved with them,” says Melgoza, a child of immigrant farmworker parents herself. “In this position, I get to spend time out in the community.”

She received a bachelor’s degree with a concentration in Human Communications with an emphasis in Practical Professional Ethics from California State University, Monterey Bay in 2010 and is a graduate of the LEAD (Leadership Education and Development) and Hispanas Organized for Political Equality (HOPE) Institutes.

She is recipient of the Baha’i Human Rights Award of the United Nation Association, USA, Monterey Bay Chapter, and received the Award of Merit from the Legal Aid Association of California.

As a longtime advocate for social justice for immigrants and underserved populations, she believes the biggest issue facing CCA is helping those communities access the resources available to them.

“People know what the problems are and what they need, they just don’t know how to access the resources that are out there for them,” she says. “Some are not even aware there are community leaders already in place. We have to bring them access to those resources.”

With all that she’s involved in, she still tries to balance life and work and find time to enjoy her off time. She enjoys dancing, music, family-oriented events, and traditional native practices, as well as traveling — “I like driving, it’s the perfect time to reflect.”

And, she says she has her hands full raising three teenagers as a single mom: “It’s the hardest job I’ve ever done!” 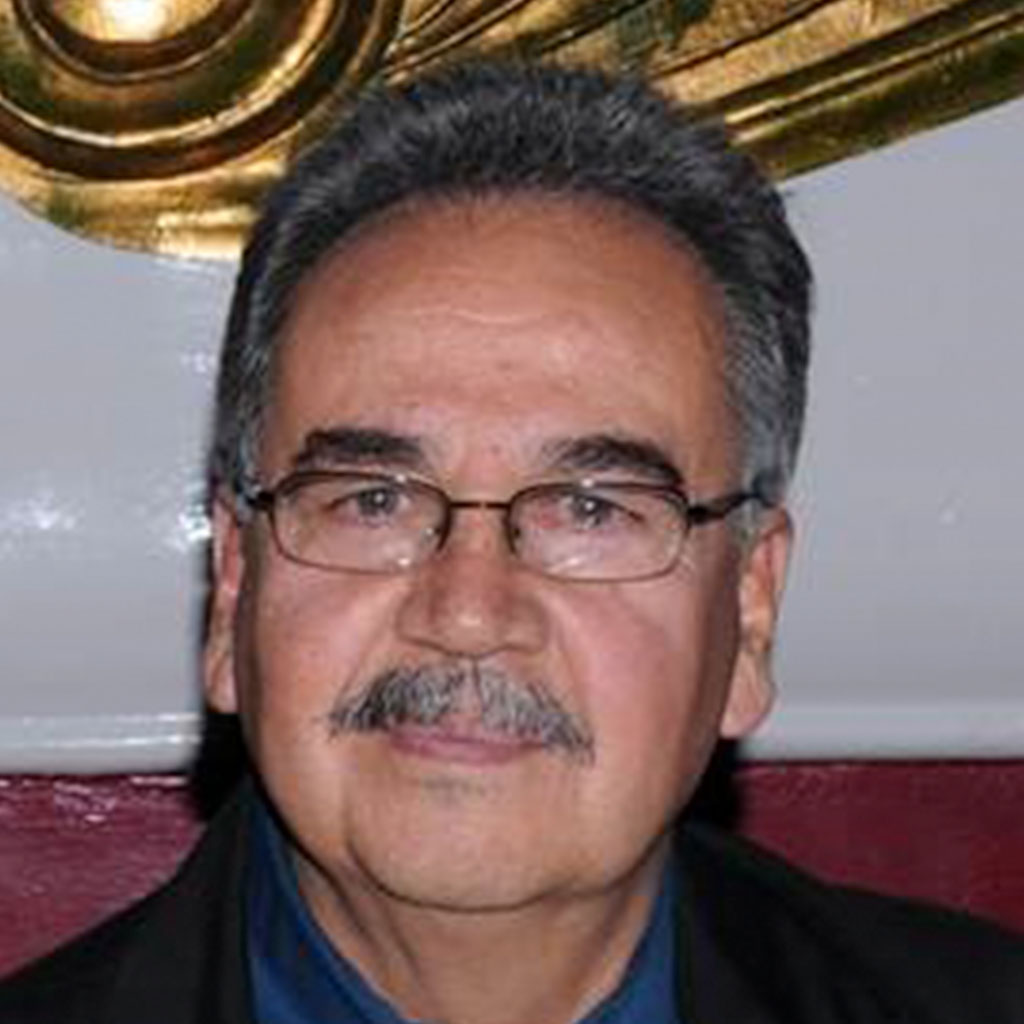 López has been with CCA since the organization opened its doors in 1990. He has held various roles as Organizer, Assistant Director / Organizing Leader and from 2017 to 2018 as Interim Executive Director.

Notably, López led the award-winning organizing model and for nearly three decades has served as an advocate for the organization’s mission to develop and empower the farmworker community in the Salinas and Pájaro valleys.

Born in Ameca Jalisco, Mexico, Sabino came to the Salinas Valley at the age of 17 to work with his father for D’Arrigo Bros. Co., Fresh Pick Co., and Sun Harvest Co. While at Sun Harvest, he participated as a crew leader and was later elected as the Ranch committee chairman by the workers. In 1971, Lopez was elected vice president and representative of 2,000 Arizona and California workers by the Farm Workers Union of America.

Later, López worked for California Rural Legal Assistance in Salinas as a community worker for the foundation of said agency, also as an organizer for the Justice for Janitors campaign and field representative of the International Union of Employees of Service Providers number 102 local in San Diego, California led by Eliseo Medina (ED).

López has been married for 46+ years, has six daughters, eleven grandchildren, and one great-grandchild. 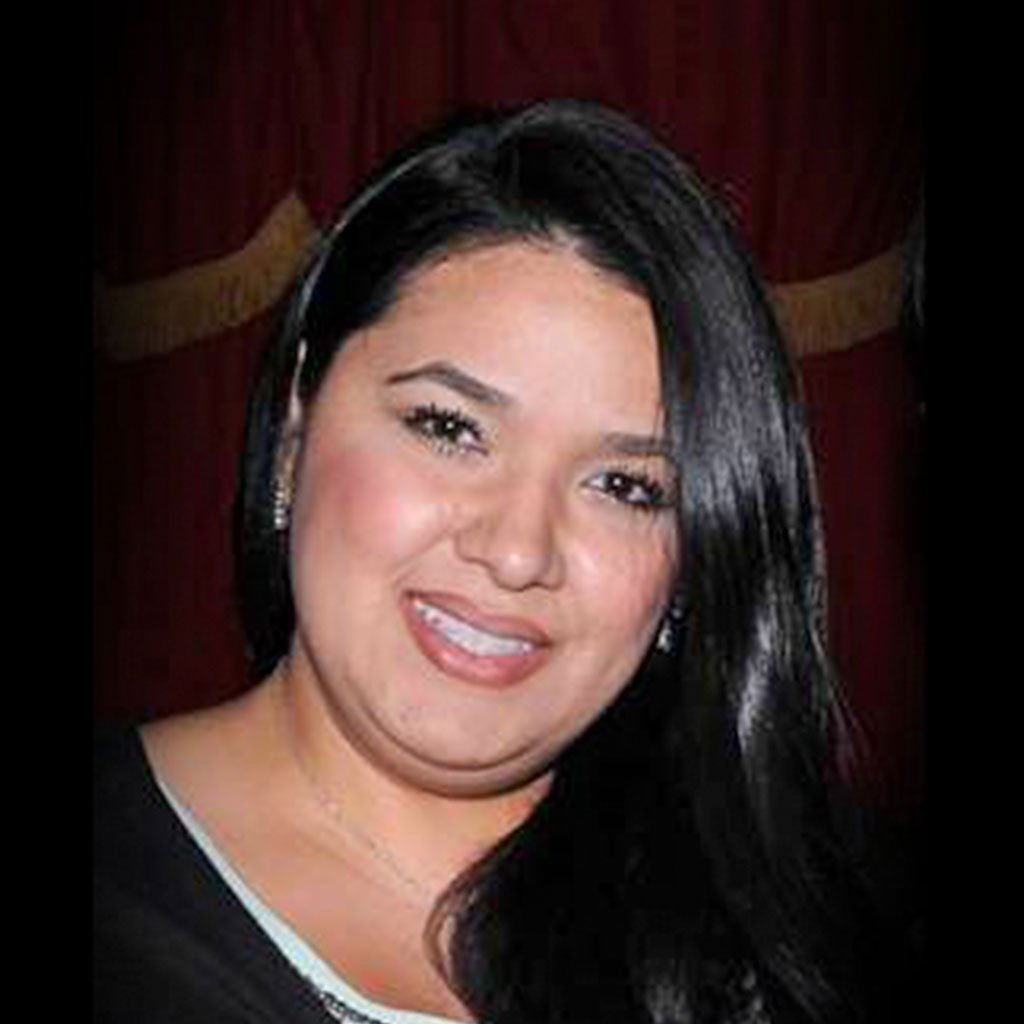 Originally a volunteer of one of CCA’s farmworker committee where she got involved in 2002 , then in 2006 Laura Antuna-Magaña became part of CCA’s team as the office manager.

Laura is key in keeping the organization running smoothly and supporting the team and the community.

Laura has a passion for people, and it shows. She has become the central person in the office and has a supportive role that extends into the community.

Prior to working at the CCA, she worked at Integrated Device Technology, then was a sales consultant for Cadillac, GMC in Watsonville. She also worked in landscaping.

Laura is one of the main committee leaders for one of CCA’s committees in Freedom, CA , where 25 families were on rent strike for 13+ years. CCA has helped those families, and now she continues to strive to improve her community in collaboration with stakeholders in the city of Watsonville, CA.

Laura said her work at CCA is one of the most rewarding job she has ever had because of how the organization directly helps the community and Advocates for them.

Laura adds that her greatest accomplishment in life is being a mother of 3 amazing boys and invests every free moment with her family and friends. 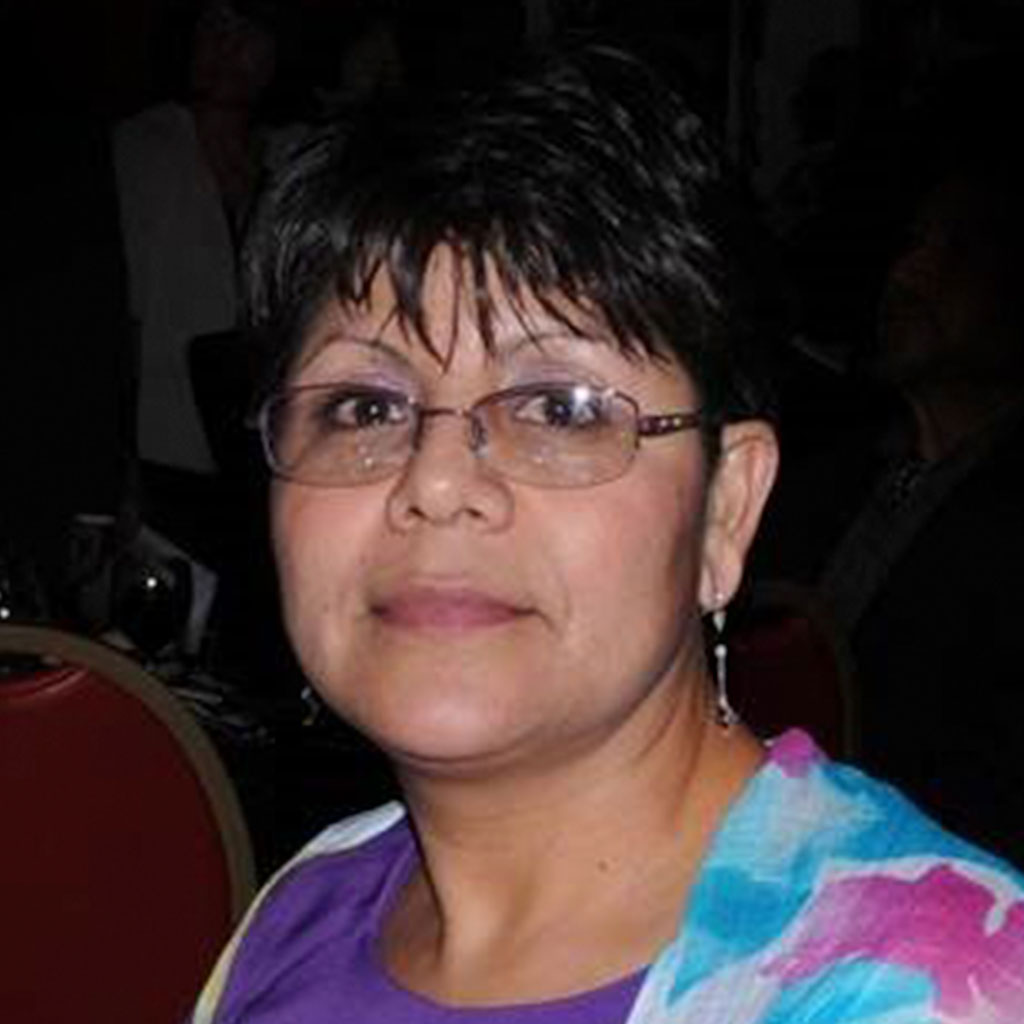 Norma is the coordinator of the CCA Promotores Program, mainly responsible for coordinating the CCA’s Strong Families Program.

She started volunteering in the community and in 2009 became a part-time employee, and is now a full-time employee of CCA.

Norma, who also studied nursing Mexico , is a neighborhood leader and was trained by CCA and served as a volunteer community advocate for her neighborhood, specializing in the Strong Families Program.

In her  hours of rest she loves to stay at home with her family. Norma loves to go On vacation to Mexico to visit her family. 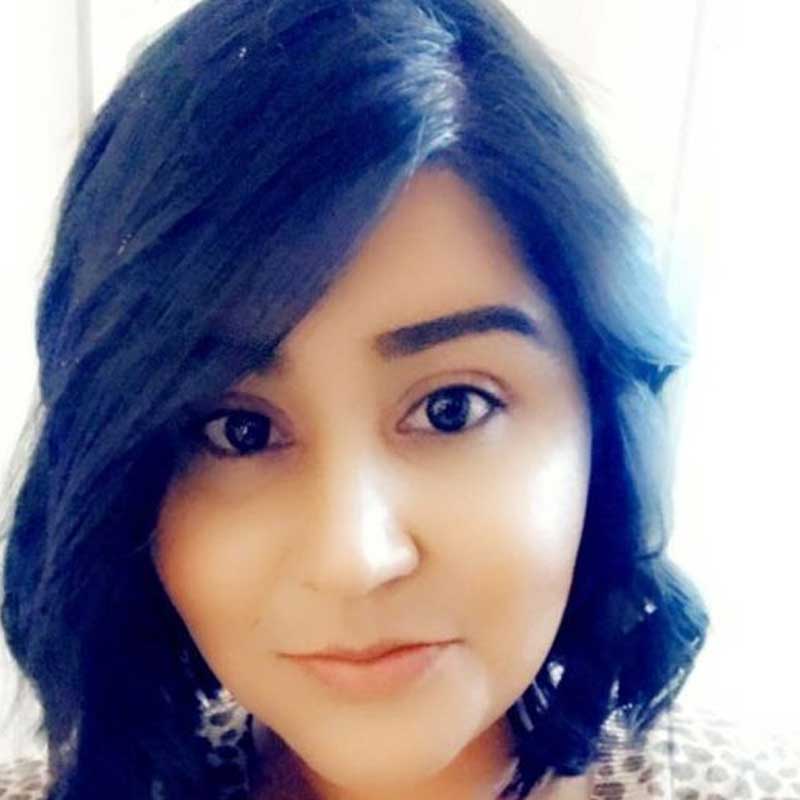 Cristina Hernandez grew up in Monterey County and attended college at Sacramento State University for a year before returning home to care for a family member. She then attended Heald College for a degree as a medical assistant and worked in that field for several years, including at Mee Memorial Hospital in King City. During this time, Christina was a member of her CCA-organized tenant committee at her housing site and was a committed CCA volunteer.

She was hired by CCA in 2019 as a special projects organizer, and has worked in CCA’s census, housing, health, and youth programs. While working at CCA, Cristina was a full-time student at Hartnell College and graduated in May 2021. She plans in the near future to enroll in a four-year university to study social work. Cristina is grateful that CCA has pushed her out of her comfort zone in terms of public speaking and community involvement. 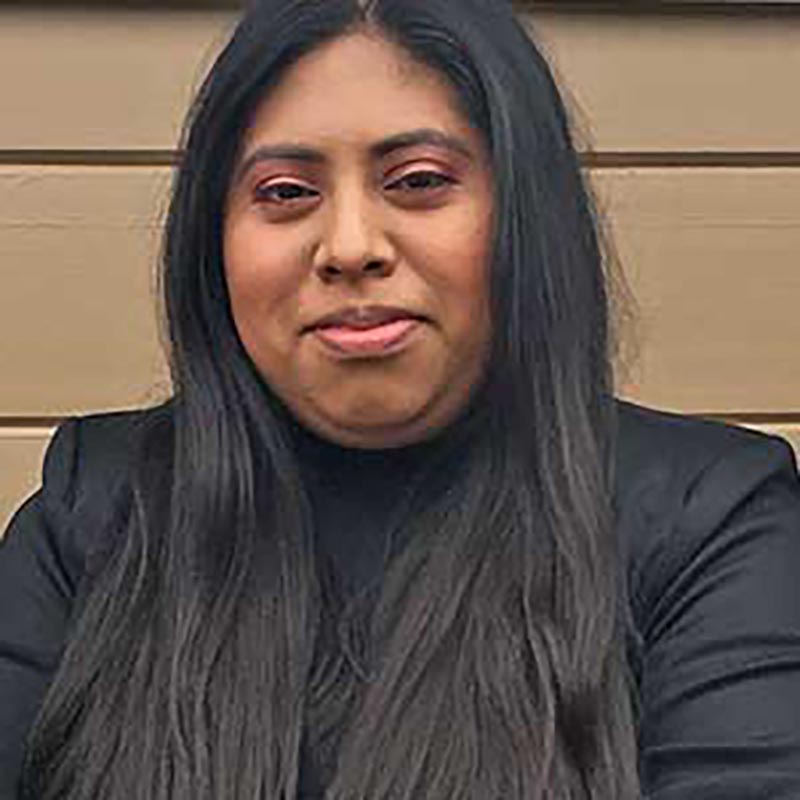 Azucena began her volunteer efforts with CCA in 2015, where she formed part of CCA Youth Leadership Program, Youth for Change. She was hired in 2020 to form part of CCA’s Staff.

While she has always considered herself an introvert, her experience in the program has helped her grow and developed leadership skills that she is now successfully transferring to others. This has opened the door to many opportunities for her such as being one of the students selected to take part in Health Career Connection’s internship program and the Salinas Valley Leadership Academy; all while helping her discovering her passion: advocating for her community.

In 2017, she graduated from Hartnell College with an associate degree in Political Science and is currently attending California State University of Monterey Bay pursuing a Bachelor’s in Political Economy. Azucena always aspired to give back to her community after graduating and is now fulfilling her passion, mentoring future generations and working on social justice issues to help change the narrative of her community.

In her off hours she enjoys reading and spending time with her family. 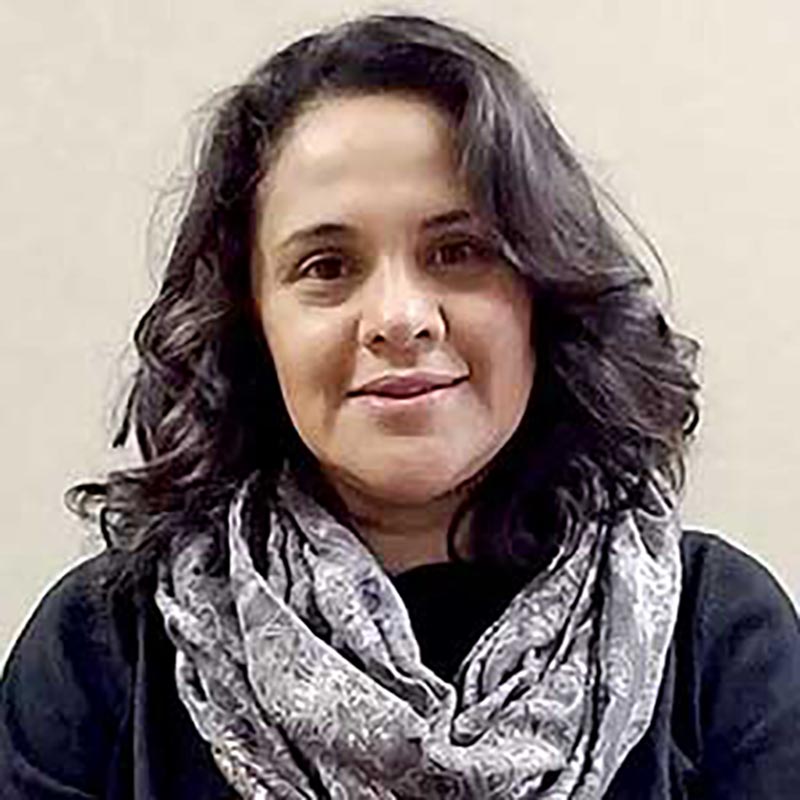 Prior to joining to CCA, Martha Ortega worked for eight years as a Health Promoter for Reiter Affiliated Companies, In 2012 Martha Ortega came to CCA as a volunteer leader on one of CCA’s housing committees advocating for change in East Salinas. Shortly after Martha joined our volunteer Promotores program having completed the CCA Promotora de Salud training program that same year.

Martha has worked as a CCA Promotora de Salud employee since June 2020. She earned her CHW (Community Health Worker) certificate from Cabrillo College in 2020 and is proud to set an example for her kids about the importance of education.

Martha was born in Guanajuato Mexico and has lived in several states in the U.S. She is happy to be settled in Salinas, where she has raised four children. Martha loves CCA’s commitment to providing people the tools they need to make changes in their own lives, and she enjoys being out in the community interacting with a wide variety of individuals.