Dia de los Muertos has been celebrated in Pre-Hispanic cultural for thousands of years and officially in Mexico since 998 A.D. as a day to propitiate, remember, and honor our dearly departed loved ones. Dia de los Muertos celebrates the lives of the deceased with food, drink, parties, and activities the dead enjoyed in life. On Di­a de los Muertos, the dead are also a part of the community, awakened from their eternal sleep to share celebrations with their loved ones. Please come, dead or alive, to celebrate and rejoice this very special day with CCA, to honor the continuum of our community. 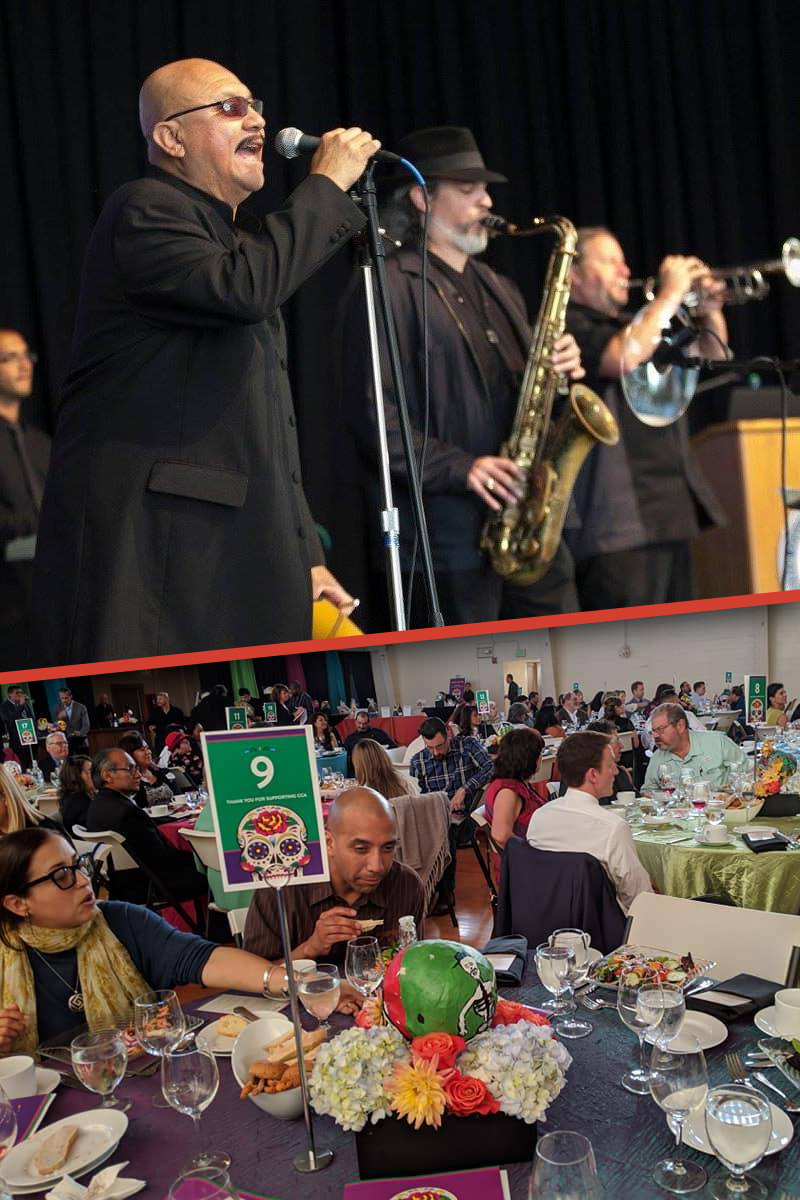 One Table of 8/VIP Seating

One Table of 8/VIP Seating

Individual Dinner Tickets may be purchased for $125 each until 10/12/22. Vegetarian Dining Preference available. 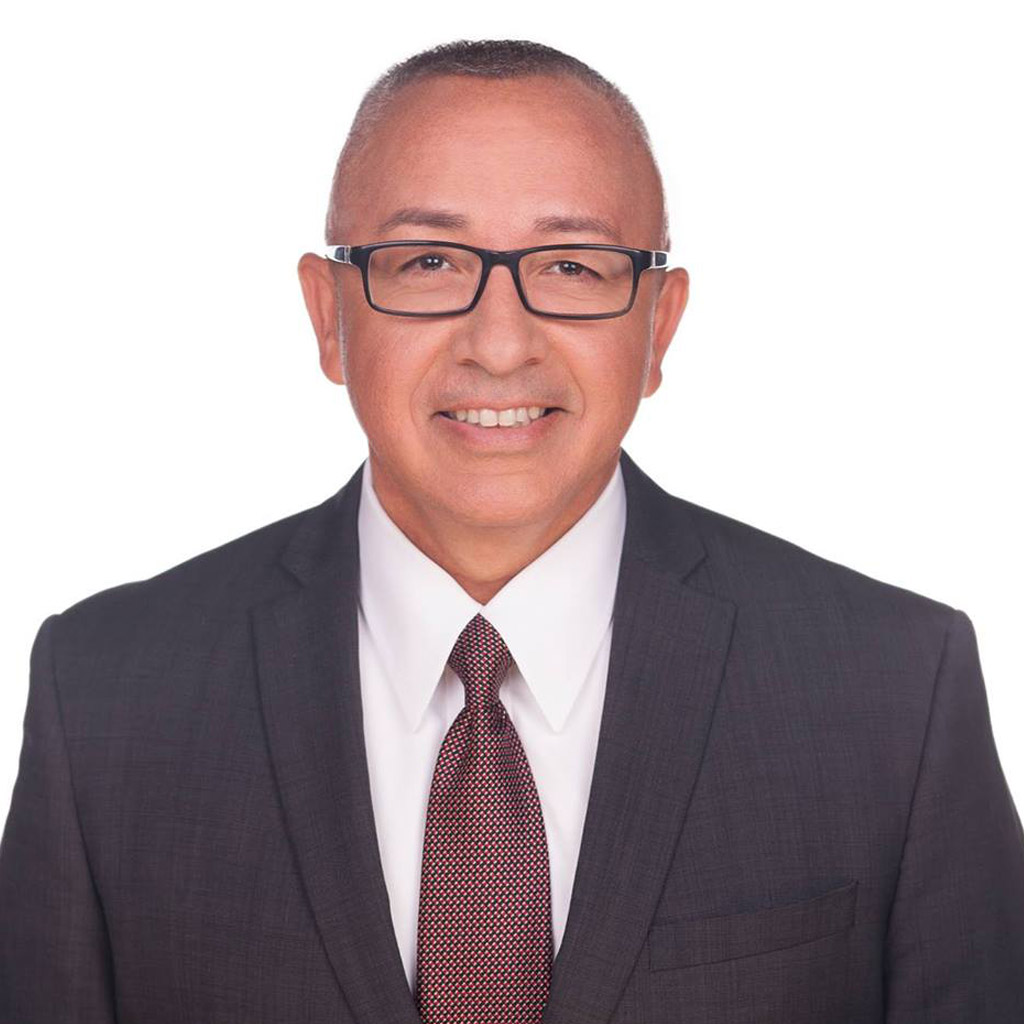 Damian grew up in Greenfield, about 2 hours south of San Francisco on Highway 101. While in high school, Damian worked in the agricultural fields of the Salinas Valley, with his family, to help make ends meet. He picked garlic, broccoli, cucumbers, and strawberries.

As a former farm worker, Damian now honors his first job, on the Cesar Chavez Holiday. Every March 31, Damian’s family hosts family, friends, and students. They make sack lunches at the Trujillo home, and distribute them to roughly 250 farm workers in the South Bay. The gesture is a “thank you “ to farm workers, for their tireless work.  In addition, each year, the Trujillo family awards a college scholarship to the son or daughter of a farm worker in Greenfield.

In 2012, Carolyn Brown, professor at American University in Washington D.C., produced a half-hour documentary on the life of Damian Trujillo titled “From the Fields: An American Journey”. Damian screened the film at Stanford, Georgetown, and Harvard Universities, and at The National Steinbeck Center. In April 2013, the South Bay U.S. Congressional Delegation invited Damian for a special screening on Capitol Hill.

Damian and his wife Monica have a daughter, Malyna, and twins Isela and Michael Damian. 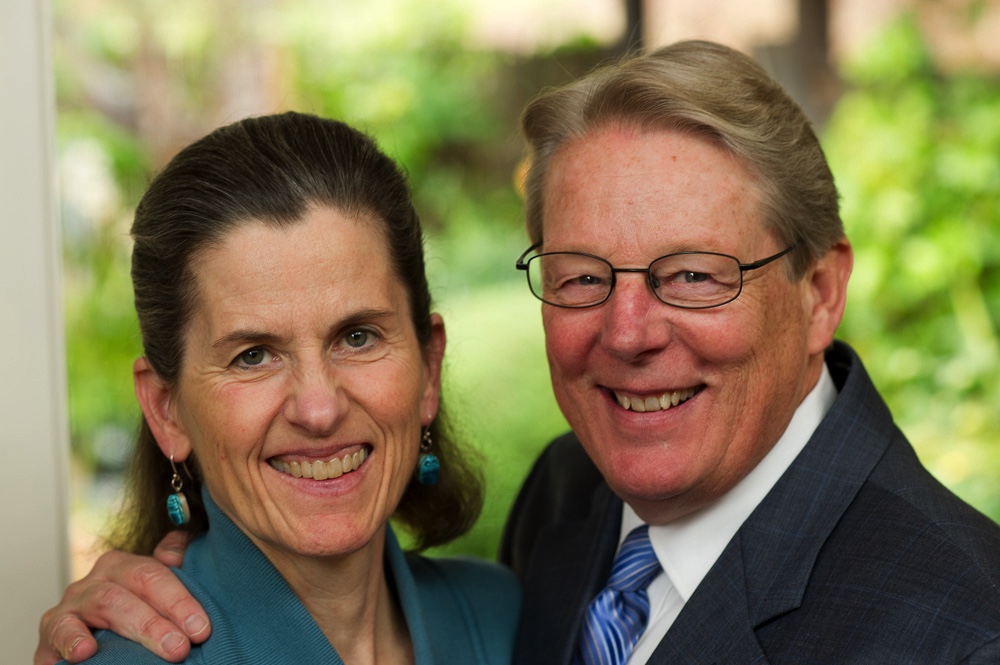 Bill Monning was born in Los Angeles and received degrees at U.C. Berkeley and USF School of Law. It was during his time in Berkeley that Bill first volunteered with the United Farm Workers Union Legal Department.

After taking the Bar Exam in 1976, Bill moved to Salinas to work as an attorney with the UFW. It was shortly after his move to Salinas that Bill met Dana Kent who was also working with the UFW. Bill and Dana settled in Salinas where they raised their two daughters, Laura and Alexandra.

Know More About Them